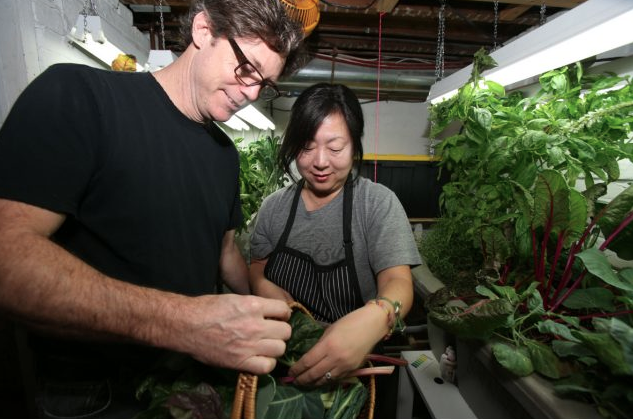 Toronto’s first large-scale commercial aquaponics farm is now in the works, and it is expected to bring fresh, fish-fuelled vegetables to Toronto markets in the new year. The 1,800 square foot system will be built in a Downsview Park greenhouse in January, making it the biggest aquaponics system in the city.

Aquaponics has seen a boom in the last decade, particularly in arid climates in India and the Middle East. In Canada, [it] could be the solution for the agriculture industry’s looming water shortages and lack of arable land, according to an Alberta researcher at the global forefront of aquaponics research. The systems require little fresh water, no artificial fertilizers and can be set up nearly anywhere a fish can live.

“My personal opinion is that integrated farming like aquaponics has no alternative,” said Nick Savidov, a researcher with the Alberta agriculture and rural development ministry. “This is the only food production system in the world that provides only food and no waste.”

Savidov has studied aquaponics for over a decade hoping to find an affordable and efficient method for Canadian farmers. His aquaponics method is arguably the best in the world — the yields are higher than any other aquaponics system ever built.