With Beef Prices Soaring in Canada, It's Time For Aquaponics 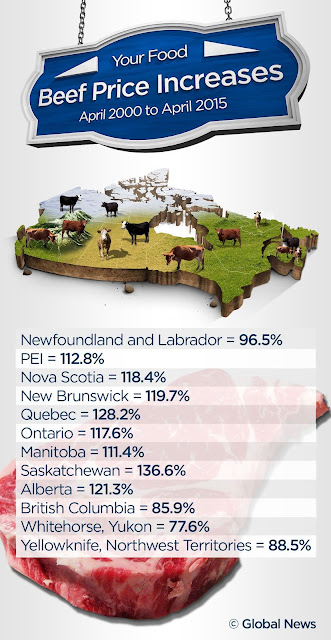 Not only that, beef is costly to produce environmentally. Here are some shocking numbers from One Green Planet:
But the good news there is an alternative choice for protein. Fish are incredibly efficient feed converters. It takes around 10 lbs of feed to produce 1 lb of gain in a cow, but only around 1.5 lb of feed to produce 1 lb of gain in fish. Moreover, producing fish in a recirculating system consumes minimal amounts of water and reduces the environmental impact. So the case for aquaponics is made stronger as the population continues to grow and as droughts and inflation impact our pocket books.